Laparoscopy may be necessary when symptoms of PID are not resolving after a course of antibiotics and collection of fluid resembling an abscess is seen in the pelvis on ultrasonography. Recurrence of symptoms of PID at the same site may be another reason for laparoscopy. The aim of the surgery is

to first make the diagnosis, by taking some of the fluid for culture and sensitivity and to drain the puss. Occasionally, especially when there is recurrence, removal of the fallopian tube (salpingectomy) or even an ovary (oopherectomy) may be necessary to control the flaring up of the disease.

Sometimes the diagnosis of a PID may not be confirmatory on clinical examination and pelvic ultrasonography. There may be a worry of appendicitis, twisted ovarian cyst or a haemorrhagic cyst. In these situations, a laparoscopy may be necessary to confirm the diagnosis. If the diagnosis of PID is confirmed, fluid can be taken for culture and any collection of pus aspirated.

Laparoscopy may be performed as part of the investigation of infertility or chronic pelvic pain. Pelvic adhesions causing the tubes and ovaries to be adherent to the uterus, pelvic sidewalls and intestines may be the cause of the infertility and/or chronic pelvic pain. Hydrosalpinx may be present a well. These adhesions can be released and removed. The hydrosalpinx can be repaired (see chapter 29).

Madam HKL currently 43 years of age, first consulted me in May 1998 at the age of 26. She already had 4 children at that time and presented with severe right iliac fossa pain. The general surgeon diagnosed her as acute appendicitis and she underwent a laparoscopy. At laparoscopy, the appendix was found to be normal. There were blood clots in the pelvis and a ruptured and bleeding right ovarian cyst was seen. These blood clots were evacuated and the bleeding ovarian cyst was cauterized. The appendix was also removed. Post operatively she was well.

She conceived her 5th child and delivered normally in 2003 (age 31). She underwent a minilaparotomy and tubal ligation immediately after the delivery.

She was seen in March 2005 (age 33) with a complaint of mild left sided pelvic pain. There was some pain elicited on moving the uterus on vaginal examination. She did not have any vaginal discharge. She was diagnosed as a case of mild Pelvic inflammatory Disease (PID) and was given antibiotics. She recovered.

She was seen again in June 2007 (age 35) with left sided pelvic pain Transvaginal ultrasound done did not reveal any abnormalities. She had mild pain on vaginal examination. She was again diagnosed with PID. She was not keen on admission and was given oral antibiotics.

She was admitted the next day with severe lower abdominal pain. A laparoscopy was performed. There was some pus in the Pouch of Douglas (g) and the left tube was infected. She underwent a left salpingectomy (g). No organisms were grown from the

pus taken from the fallopian tube for culture and sensitivity (g). Postoperatively she was well. She was discharged with antibiotics.

She was well until September 2012 (age 40) when she presented to the emergency unit with right iliac fossa pain. Examination and ultrasound revealed an enlarged right fallopian tube and pain on vaginal examination. She was not keen on admission and was treated as PID with oral antibiotics. She was admitted 1 month later with severe pelvic pain. CT scan done showed a right pelvic mass. She underwent a laparoscopy. The right fallopian tube was infected with pus (Figure 30.1). A right salpingectomy (g) was performed (Figure 30.2) (see Video 30.1). Pus taken for culture and sensitivity did not reveal any abnormalities. Postoperatively she has been well. 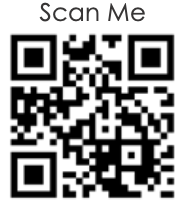 This case illustrates the difficulty in the diagnosis and treatment of recurrent PID. Since no organisms were cultured from the pus obtained from the pelvis, the exact cause of the PID is not known. Her husband denied any symptoms. All the episodes of PID were treated with broad- spectrum antibiotics (g) in order to cover the common organisms causing PID such as chlamydia, gonorrhoea, and Gram negative bacteria (g). When the symptoms did not improve, laparoscopy was performed and the infected fallopian tubes were removed.

UL, a 28 year old lady who had been married for 3 years consulted me with a problem of being unable to conceive. She had undergone a hysterosalpingography (HSG) earlier, which showed a patent right tube and a hydrosalphinx (dilatation with fluid) of the left tube. She had attempted an intrauterine insemination (IUI) earlier but it was not successful. She had also taken many courses of clomiphene citrate (ovulation induction medication). Examination and transvaginal ultrasound showed that the uterus was of normal size and both the ovaries were normal. However there was an elongated cystic structure on the left side measuring 1.33 x 2.95 cm resembling a hydrosalpinx. She underwent a laparoscopy. Laparoscopy showed extensive adhesions with perihepatic adhesions (Figure 30.3 – 30.4). She underwent a laparoscopic adhesiolysis and a left salpingectomy (removal of the fallopian tube). A right fimbrioplasty (repair of the fallopian tube – see chapter 29) was also performed. Postoperatively she was well. She underwent an invitrofertilization (IVF) programme 2 months after the surgery and she conceived (watch video 30.2 Laparoscopic adhesiolysis and fimbrioplasty done followed by a successful IVF cycle)

Fallopian tubes with gross hydrosalpinx are usually non functional. The fluid in the tube destroys its inner lining and even if the tube is repaired, it will not be able to function by picking up an egg and moving it down the fallopian tube. More over, in time it may become blocked again. The fluid that collects in the tube can spill into the uterine cavity and flush away any embryo that is placed there during an IVF programme. As such, tubes with hydrosalpinx have to be removed before an IVF programme. 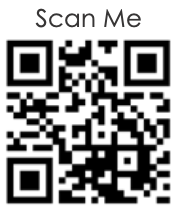 The main modality of treatment for pelvic inflammatory disease is antibiotics. Laparoscopy is performed when there is persistent infection requiring drainage of pus and even removal of the fallopian tube and or ovary, to make a diagnosis of PID and in treating women with chronic PID causing adhesions and infertility.