There are several 3D laparoscopes in the market. The following companies develop them:

One disadvantage of 3D laparoscopy is that the equipment is currently very expensive (although very much less than the Da Vinci Robot). The operating team also must wear glasses to view the screen in 3 D and only a 10mm telescope is available in 3D. 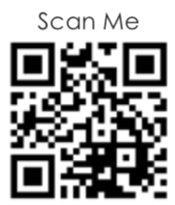 3D laparoscopy is a new technology. It provides the surgeon and his team with a 3 dimensional view of the surgical field. This technique makes the surgery safer for the patient and less tiring for the surgeon hence reducing the room for error.